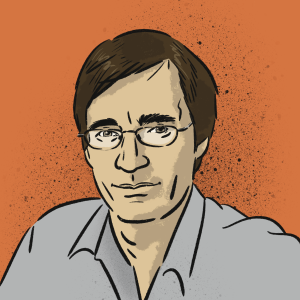 Nicolas Duvoux is a tenured professor of sociology at the University Paris 8, and a member of the CRESPPA within the LabTop team. Since 2019, he has been the director of the Philanthropy and Social Sciences Program, created within the CRESPPA, a program which aims to federate multidisciplinary research in the human and social sciences on philanthropy, in close collaboration with actors in the sector.

Since he has first started working on integration policies, Nicolas Duvoux has also been involved in public policy evaluation activities at various levels—namely as a member of the national evaluation committee of the RSA (2009-2011), as a “personalité qualifiée” (eminent personality) of the University College of the Observatoire National de la Pauvreté et de l’Exclusion Sociale (the National Observatory of Poverty and for Combating Social Exclusion, 2014-2020), as the Chairman of the Comité d’évaluation du Fonds d’Appui aux Politiques d’Insertion (Evaluation Committee of the Integration Policies Support Fund). In January 2021, he was appointed chairman of the CNLE scientific committee, an entity attached to the Prime Minister’s services.

His full biography can be found here; you can also find him on Twitter.