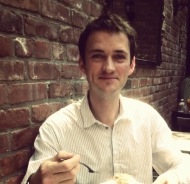 Simon Jackson is Lecturer (Assistant Professor) in Modern Middle Eastern History at the University of Birmingham. With the support of a Leverhulme Trust Early Career Fellowship, he is currently completing a book on the global political economy of French rule in Syria and Lebanon after World War One, and editing another, with Alanna O’Malley (Leiden), on the interrelationship of the League of Nations and the United Nations. His articles have appeared in the Arab Studies Journal and Monde(s): Histoire, Espaces, Relations and he has taught at the European University Institute in Florence, where he was a Max Weber Post-Doctoral Fellow, and at Sciences-Po in Paris. He holds a Ph.D. from NYU and a BA from the University of Oxford.