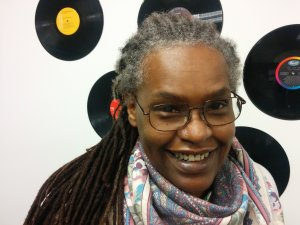 Gayle Murchison is Associate Professor of Music at the College of William and Mary. The author of The American Musical Stravinsky : The Style and Aesthetic of Copland’s New American Music, the Early Works, 1921-1938 (The University of Michigan Press, 2012), her research interests include : William Grant Still, Mary Lou Williams, the music of social and cultural movements (such as the Harlem Renaissance and Civil Rights Movements, and, the music of Zap Mama and Afro-European studies). She has contributed a book chapter “Mary Lou Williams’s Girl Stars and the Politics of Negotiation : Jazz, Gender, and Jim Crow” to Jill Sullivan’s Women’s Bands in America : Performing Music and Gender in Society (Rowman & Littlefield Publishers). She is currently editor of Black Music Research Journal.