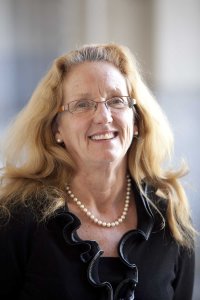 Julia Clancy-Smith is Professor of History at the University of Arizona, Tucson. She is the author of: Mediterraneans: North Africa and Europe in an Age of Migration, c. 1800-1900 (California University Press, 2010), which won the 2011 French Colonial Historical Society Book Award and the 2011 Phi Alpha Theta History Honor Society Award, and of Rebel and Saint: Muslim Notables, Populist Protest, Colonial Encounters (Algeria and Tunisia, 1800-1904) (California University Press, 1994), which received three book awards. She is currently completing a monograph From Household to School Room: Women’s Education in Colonial North Africa, to be published by Cambridge University Press, UK, and two textbooks: A History of North Africa in the Modern Era (Cambridge) ; and A History of the Middle East and North Africa in Documents (Oxford 2011).

She is currently a fellow at the Woodrow Wilson International Center for Scholars in Washington DC.