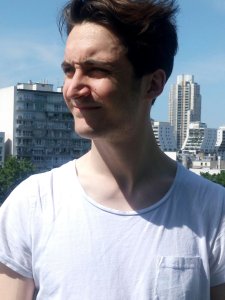 Andy Cabot is a Phd. candidate at Paris Diderot University. His dissertation project, “Slavery, Empires and Diplomacy : France, England and the United States in the Atlantic world, 1795-1825”, aims at demonstrating how American slavery was able to survive the political tide of revolutionary politics and abolitionism in the late eighteenth century only to find new life in the early nineteenth century.